Arizona Association of Providers for People with Disabilities 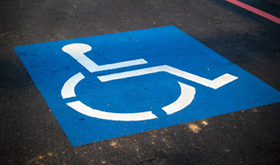 Since 2013, the firm has represented the Arizona Association of Providers for People with Disabilities (AAPPD), a not-for-profit entity, which is comprised of member organizations that are responsible for providing services to approximately 15,000 individuals with intellectual or development disabilities.

In 2016, Arizona voters approved a ballot measure that increased the minimum wage from $8.05 an hour to $10 an hour beginning in 2017, with requires increases to reach $12 an hour by 2020. As providers rely on government contracts and reimbursement rates set by the Arizona Department of Economic Security, the increase in minimum wage has increased personnel costs, creating significant challenges in the recruitment and retention of qualified staff.

The firm, on behalf of AAPPD, has been successful during the past three successive legislative sessions (2017-2019) in obtaining significant resources to offset the increased costs triggered by the increases in the minimum wage. This was accomplished during a period of limited state resources and significant competition for additional funding for K-12 education.

The objective of increased funding was accomplished through a systematic strategy of developing legislative support among key policymakers through the development of a compelling narrative, use of transparent data, facility tours and multiple other opportunities to increase awareness of the hardships endured by providers responsible for delivering services to the state’s must vulnerable populations with increasingly less resources. Legislative support crossed the political, philosophical and ideological divide, as legislators from diverse perspectives united to support increased funding in three consecutive state budgets.

In addition to specific legislation, the firm provides political and policy advice that is focused on maintaining AAPPD’s visibility among stakeholders and elected officials. As competition for limited resources is significant, AAPPD must maintain an ongoing presence among policymakers to avoid being “out of sight and out of mind.”