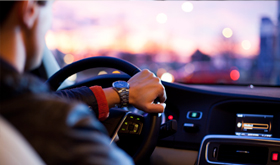 Until the 2019 legislative session, Arizona was one of only three states that had not enacted a state law prohibiting the use of a mobile communications device while operating a motor vehicle.

The legislative opposition was entirely philosophical, as polling data consistently demonstrated broad support in both urban and rural areas, regardless of political affiliation. Throughout the Arizona legislative history of the issue, the legislation, in all of its various iterations, was successful in every legislative committee and was similarly successful when the bill occasionally made it to a vote of the entire legislative body of one legislative chamber or another. Despite incremental progress, the legislation would be subjected to a procedural death, typically a well-placed chairman, Speaker of the House or Senate President that would ultimately refuse to allow the bill to advance.

The opposition was ideologically focused on whether the state should be involved in such individual decision-making, often referred to, derogatorily, as the “nanny state.” Ironically, even legislators that opposed the issue, recognized that distracted driving, particularly caused by the use of a mobile telephone, was inherently a dangerous activity for all individuals on the road.

In 2013, AAA Arizona, based on a strategy developed by the firm, adjusted its position by opting for an incremental approach that would limit the applicability of the legislation to novice drivers. The primary argument being that new teen drivers need to be focused on driving and not the distractions of a mobile communications device. The strategy was two-fold, as it not only narrowed the conversation to novice drivers, but it allowed a socialization of the broader discussion on the adverse consequences associated with texting while driving.

Ultimately, the restriction on novice drivers was enacted in 2017. The successful legislation was sponsored by Senator Karen Fann, which became a crucial component to the legislative effort in 2019.

During the 2018 legislative session, a last-minute conference committee was hastily scheduled to offer a broad distracted driving statute that contained no restriction on the use of a mobile communications device, per se. That is, the device could be used provided that the motorist could successfully assert that they were not distracted as a result of using the device. Recognizing that such a broad approach would effectively eliminate the political will to address the specific issue of “texting while driving,” the firm quickly mobilized to successfully oppose the conference committee amendment, thus preserving the ability to keep advancing the “texting while driving” issue during future legislative sessions.

In January 2019, another law enforcement officer was killed in Arizona by a driver admitting that they were distracted by texting while driving. This tragic event proved to be the final catalyst for the successful enactment of “hands-free” legislation during the 2019 legislative session. Senate President Fann, the sponsor of the novice driving bill in 2017, was among a host of critical legislative champions.

The firm, working with a broad coalition of stakeholders, utilized legislation enacted in 16 other states that allows for the use of current technology to restrict the ability of an Arizona motorist to physically hold a device, effectively making the argument that hands off the device equated to eyes on the road. This approach allowed for voice-activated and other technology enhancements that previous versions did not accommodate or anticipate. The firm provided input that created Arizona polling data specific to the requirements of the bill and was able to narrow down support to targeted legislative districts, thus bridging the gap between political ideology and actual constituent views on the topic.

While large legislative efforts such as this are typically not solo exercises, as it takes the unique talents of multiple stakeholder interests to achieve success, the firm was among the most highly engaged of all stakeholders. In particular, the firm conducted the bulk of the bill drafting and amendment responsibilities and made significant contributions to strategy development and implementation in working directly with legislators, legislative staff and the Governor’s office.

In the news coverage of the 2019 legislative session, the media recognized that the successful restrictions applied to novice drivers in 2017, made a significant contribution to the broader legislative effort on enacting the hands-free statues two years later.