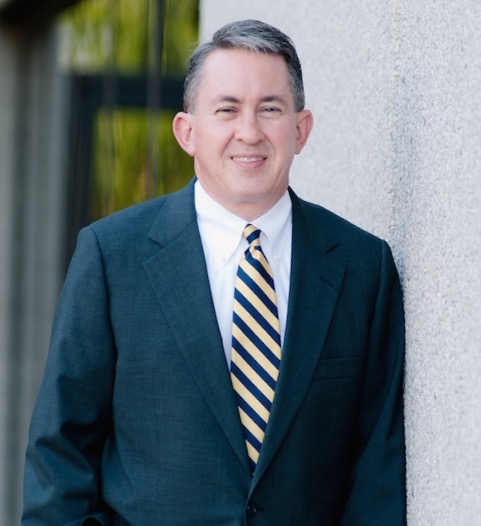 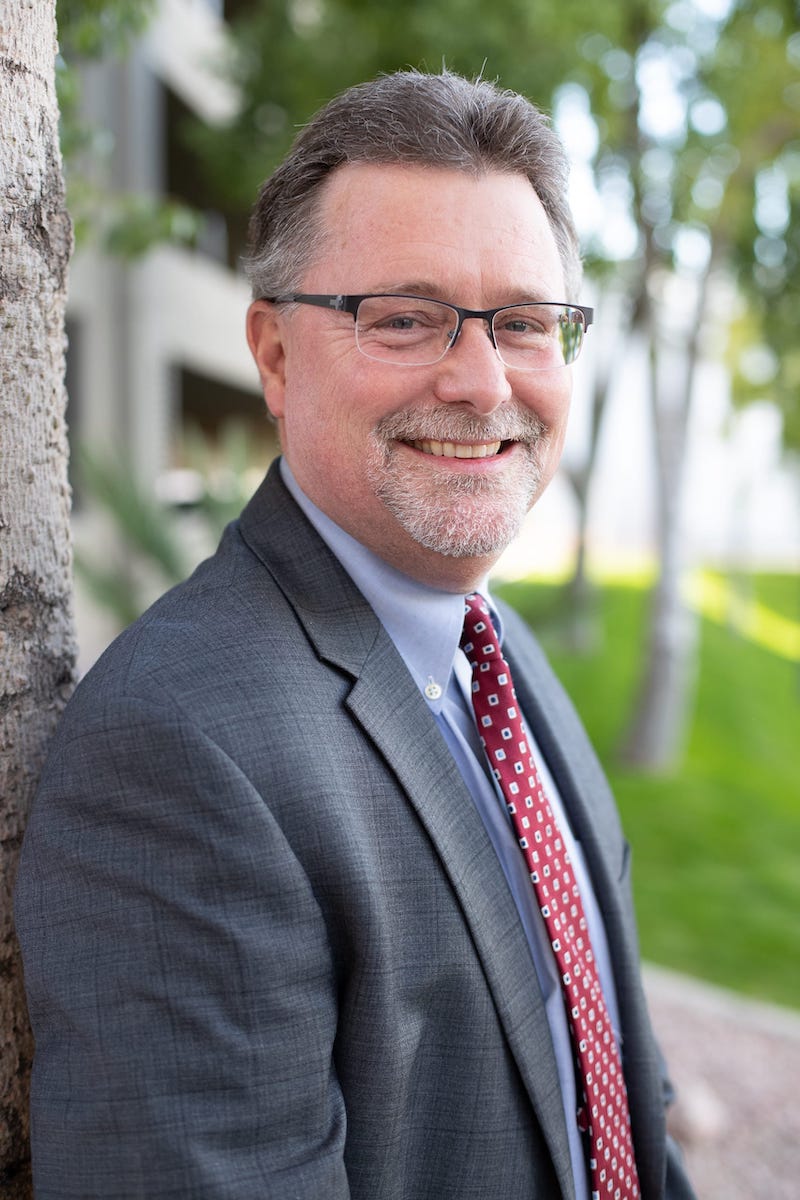 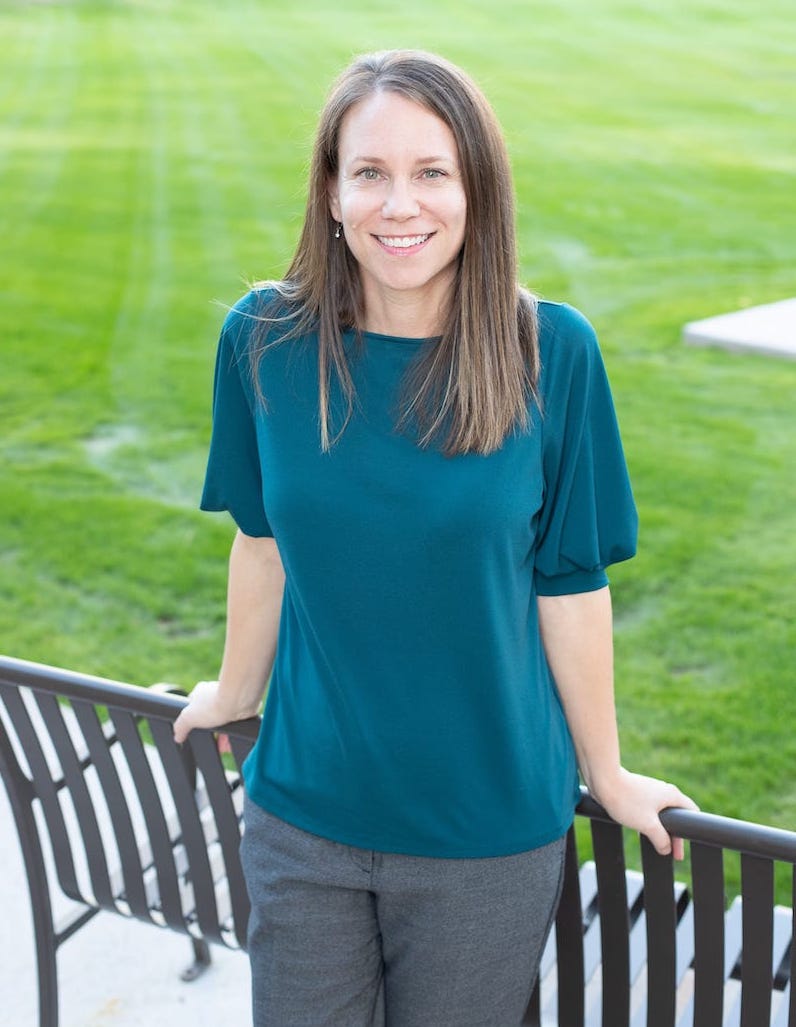 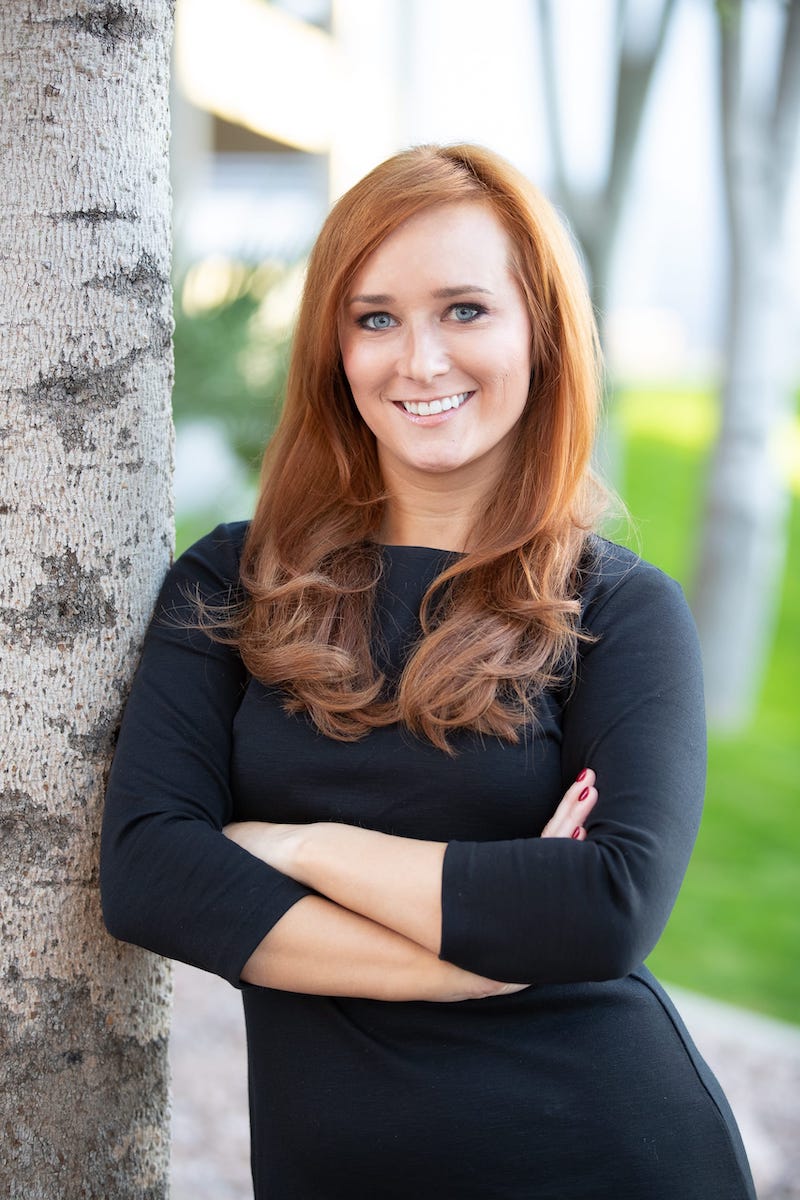 For over a quarter of a century, Stuart Goodman has been serving public and private sector clients at the State Capitol and local governments throughout Arizona.

Goodman presently serves on the Arizona Constable Ethics, Standards and Training Board, recently appointed by Governor Jan Brewer.  He is a past chairman of the Arizona Board of Athletic Trainers, serving two terms.

As a Phoenix native, Goodman survives the Arizona sun by playing ice hockey in two local leagues.  Goodman and his wife, Liz, live in Central Phoenix and have four children along with two Italian Greyhounds.

David Schwartz, a principal with the firm, manages the local government relations, association management and community outreach practices for the firm.

When clients need local government relations assistance, David utilizes the experiences he gained from his decade-long service to the City of Phoenix, where he served as Council Assistant, Mayoral Assistant and Deputy Chief of Staff to then Mayor Skip Rimsza.  In these roles at City Hall, he learned the importance of the symbiotic relationships between local elected officials, city management and staff, boards and commissions, community leaders and other impacted stakeholder groups.  It was through these years of service at the municipal level of government that David learned the importance and impact of community involvement and its bearing on the governance process.

Throughout his career, David had extensive experience in voter behavior trends and campaign mechanics, both from an academic and professional perspective.  Building on those lessons learned, he has over 20 years of experience in promoting issues.  Over the course of his career, he has managed or advised several high-profile, grass-roots, political campaigns throughout the Region, including significant transportation measures.

In addition to his notoriety in professionally organizing coalitions, David also attempts to volunteer his talents and enthusiasm for various causes and organizations.  He currently serves on the Board of Directors for the Greater Phoenix Chamber of Commerce.

David and his lovely wife Sharon have been married 26 years.  They are blessed with four remarkable boys – Justin, Tyler, Ryan and Brandon.  When David is not busy working or attending his sons’ sporting events, he enjoys spending time up in Northern Arizona.

Brandy Petrone has been representing and assisting the firm's private and public sector clients at the state and local level since October of 2006 and is a key contributor to the strategic and tactical advice given on legislation and legislative strategy.  Brandy has strong expertise in legislative drafting, amending and analysis.  Brandy also helps coordinate and manage the firm's internship program and provides event management and planning services for the firm's clients.

Prior to joining Goodman Schwartz Public Affairs, Brandy worked in the nonpartisan Research Staff Department of the Arizona State Senate. Brandy spent most of her time in the Senate as the Analyst for the Commerce and Economic Development Committee.  She also served  on the  Appropriations and Health Committees.  In addition to her analyst duties,  Brandy helped to grow the competitive legislative and executive internship program, the program that helped her get her start in public affairs, as the Internship Program Coordinator.

Brandy holds a B.S. in Business Administration, with an emphasis in International Marketing, and a B.A. in Spanish from Northern Arizona University.

Outside of work, Brandy enjoys spending time with her husband, her two young children and the "oldest child", Brodie, the beagle.

Rachelle is the firm’s resident event coordinator and technology & communications guru. She oversees the firm’s non-profit associations and community outreach clients, and ensures that clients have personal, timely and accurate updates.

Rachelle first cut her teeth as a Staff Assistant and Research Analyst in the office of North Dakota Governor John Hoeven.  In 2009, Governor Hoeven appointed her to the State Board of Higher Education where she proudly served until 2010.  Rachelle next joined Governor Hoeven’s 2010 campaign for U.S. Senate as the Assistant Director of New Media and Research.  Following a successful campaign, she continued in the Senator’s regional office as Special Projects Coordinator.

In 2012, Rachelle worked with the Romney for President Campaign advance team, to plan events and coordinate local and national media during their national bus tour.  From there, she was hired as Campaign Manager for the 2012 Janice Arnold-Jones for Congress campaign in New Mexico.

A life-long animal lover, Rachelle’s rescue dogs, Dixie and Doris, have earned their titles as the Goodman Schwartz office mascots. Outside the office, Rachelle and her husband spend weekends renovating their dream/nightmare home near historic Downtown Phoenix, hiking the Southwest, or reading.  An avid traveler, she hopes to complete her goal of visiting all 50 states in 2020. Just one state to go (Alaska) and one year to do it! 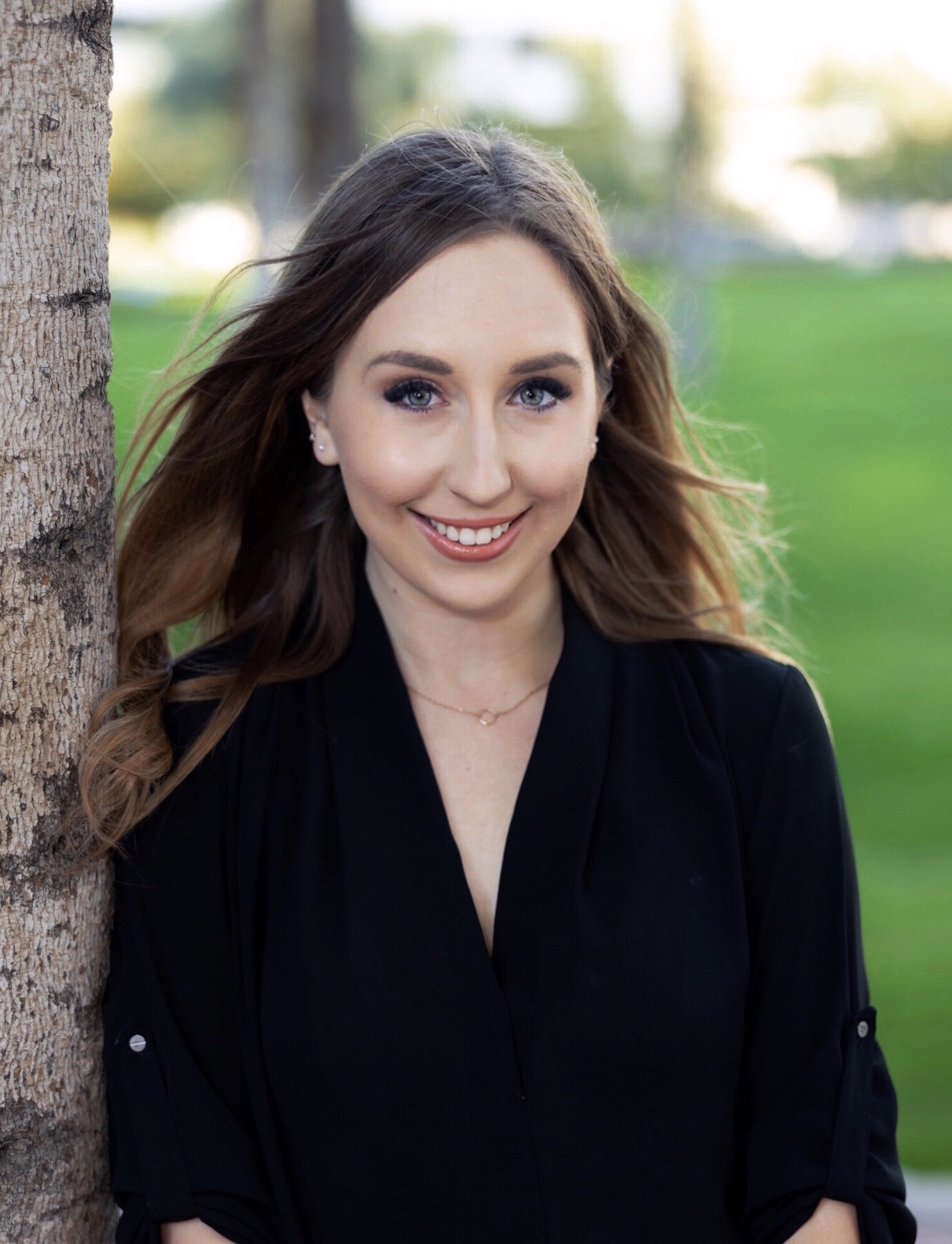 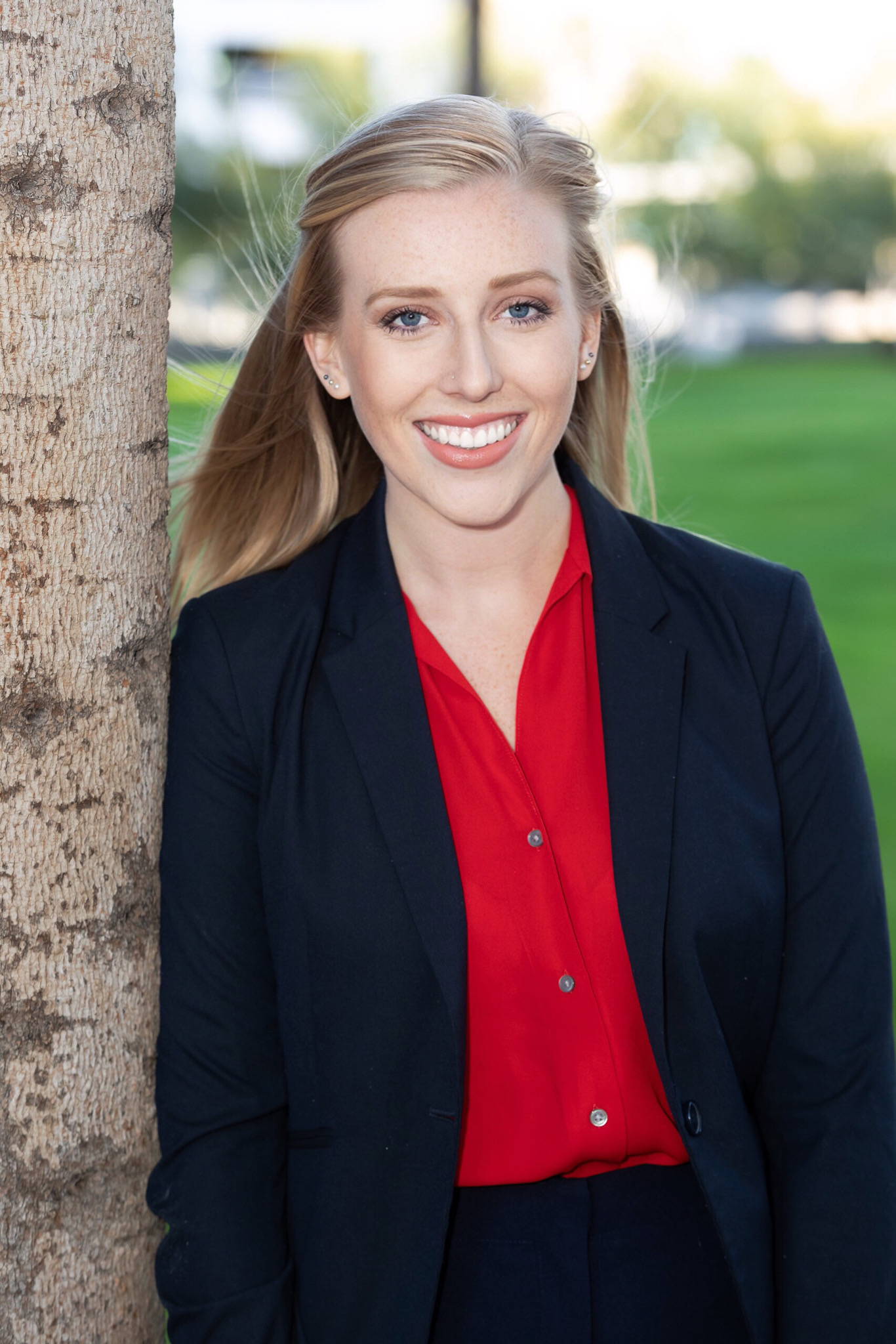 Melissa assists with operations, event planning, and communications for the firm’s non-profit clientele.

During her academic career, Melissa worked as an Intern Lead and Deputy Organizer for a non-partisan, environmental non-profit where she campaigned to increase youth voter turnout and environmental awareness. She served in the organization’s editorial and research committees, and assisted in event planning and hosting, community/voter outreach programs, and training initiatives for new volunteers and interns.

Outside of the firm, Melissa leads a very active lifestyle. She is happiest when she is outside; hiking, kayaking, paddle boarding, and camping are just a few of her favorite activities. To “keep her Zen”, she practices yoga almost every single day. She also loves to cook and does it often for her friends and family.

In the fall of 2018, Emily served as a finance intern on now Congressman Greg Stanton’s campaign where she raised money and assisted with campaign events. In the 2019 state legislative session, Emily worked as a legislative intern with the Democratic Caucus of the Arizona House of Representatives, staffing the Health and Human Services and Technology committees. Following her time at the Arizona House, she spent the summer in Washington D.C. interning in the Office of Congressman Greg Stanton. While on Capitol Hill, Emily worked directly with constituents and assisted the legislative staff on Judiciary and Transportation and Infrastructure issues.

In her free time, Emily enjoys traveling, hiking, playing tennis, and exploring Arizona’s wonders. When she is not out and about, her favorite pastime is spending time with her friends and family.